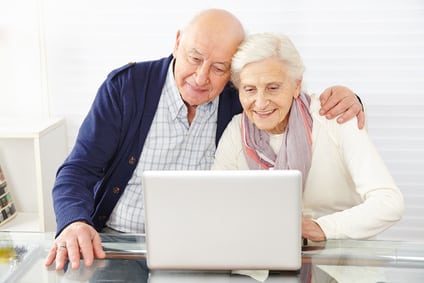 THE DEMAND FOR WIFI FOR ACCOMMODATION PROVIDERS IS ONLY GOING TO INCREASE.  PEOPLE WANT TO BE CONNECTED, ALL THE TIME, EVERYWHERE AND IS FAST BECOMING SECOND NATURE IN EVERYONE’S LIVES LIKE TV AND MOBILE PHONES HAVE IN THE PAST.

As a supplier of guest wifi, we are asked all the time what is wifi?  I thought it may be handy for you to understand wifi and answer a few questions about it regardless if you already have it installed or you may be looking at installing it in the near future.

Wifi/WiFi/Wi-Fi is a high speed internet and network connection without the use of wires and cables.  Wifi allows you to move your devices around and connect multiple devices to the one internet connection quickly and easily.

We are often asked if Wifi operates in the same frequency as microwave ovens is it safe?

2.4Ghz Wifi access points/router(s) put out 4.0 watts and your microwave oven puts out 1000 watts.  It would take a lot of wifi routers to cook a turkey – more than you think because the antenna on the router is designed to spread the power evenly around the room/area rather than concentrate it on the centre of the oven such as a microwave does.  The intensity of a Wifi signal is around is 100,000 times less than a microwave oven.  The oven is a targeted device that operates at very high voltages and short distances.  Wifi routers operate at very low voltages, broadcast in all directions, and are used at relatively long distances.

In comparison to a mobile phone which is held close to the brain it is estimated that you get a bigger dose of microwaves from one 20 minute phone call than from a year’s Wifi.  Put simply, twenty laptops and two routers is roughly equivalent to one mobile phone.

Why it isn’t a one size fits all technology?

When scoping a wifi solution for businesses there are many things to take into consideration.  Just because a complex only has 8 units and is on one level does not mean that one access point or router is going to give adequate coverage to the site.  Buildings have not been designed with Wifi in mind.  Concrete and metal are Wifi’s nemesis.  When scoping a site for a Wifi solution we have to be able to get a decent signal from where the internet connection comes into the building (office/reception area in most cases) out to the access points/routers around the complex.  This is not an easy feat if the signal has to travel through numerous layers of concrete and/or metal.  You also need to be able to power the devices and there is not always easy access to external common power around sites.  Data cabling in all rooms/units allows for access points/routers to be installed internally thus giving more options to properties with data cabling as to which is the cheaper option – an external system or an internal one depending on signal coverage.

Wifi signal and signal strength – why does it vary at different times of the day?

Ever noticed at 3 pm when the kids get home from school that your Wifi slows down?  If there are a lot of devices using the Wifi network the signal strength can depleted as there is only so much to go around.  So when you have a full house at your complex, your Wifi network may be slower than usual.

Trees when wet become similar to a concrete wall as water is the same frequency as Wifi.  Therefore if you have a lot of trees on your site, when it is raining signal strength can be depleted.

What is the difference between Wifi and 3G?

3G and WiFi are communication technologies that provide wireless internet access to you and your guests.  They are two completely different networks and the major difference between wifi and 3G is the way they connect to the internet.  Wifi connects to the internet through a wireless network and has a short range.

3G is a type of cellular network and connects to the internet wherever there is mobile phone service/tower.  3G’s range is a lot wider than a wireless network however can become easily congested with hundreds if not thousands of users on them.  Accessing the internet through 3G on your mobile phone usually comes at a greater cost than wifi, especially if you are travelling overseas and using International Roaming.

I hope that this article has helped you understand Wifi a little more.  2015 will see greater demands on your wifi networks.  Ensure that yours is scoped correctly and suits your sites requirements.  Happy New Year!