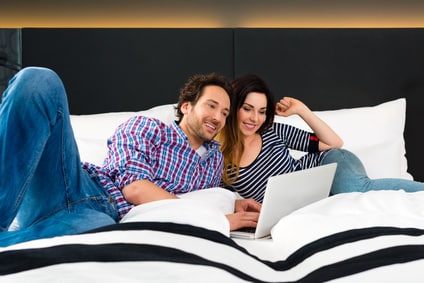 PIRACY AND DATA RETENTION REARS ITS HEAD AGAIN IN THE AUSTRALIAN GOVERNEMNT.  IS YOUR BUSINESS PROTECTED FROM INAPPROPORIATE GUEST WIFI USAGE YOU ARE ACCOUNTABLE FOR?

Prosecutions for piracy and inappropriate usage of Internet connections have been happening here in Australia and more prevalently overseas for years.  So what does it really mean to you, the accommodation provider whose guest wifi is used by the general public, day in and day out?

Potentially it means that you as the account holder can be sued by movie studios or fined by authorities depending on what occurred on your internet connection.

Australia is one of the worst countries for piracy and a lot of it is due to the lack of availability of television content or incredibly high fees to access the content.  Hollywood Studios have been relentlessly lobbying the Australian Government on a range of solutions for some time.

Australia’s Attorney-General George Brandis has previously commented that unlike the United Kingdom, New Zealand, Canada, the United States, France and many other comparable countries, Australia lacks any effective protection against online piracy.”  In May 2014, Brandis consulted with entertainment industries and his proposals for solving the piracy issue mentioned the three strikes rule and account terminations for errant Internet users.  After a few warnings for illegal downloads you’re slapped with a fine or perhaps even have your internet access cut.

In June the Brisbane Times reported that NSW Police Commissioner Andrew Scipione stated that Australians will have to sacrifice some of their privacy expectations in order to stay safe from terrorist attacks and criminal activity.  He was responding to a Fairfax Media question about how data retention laws championed by Australian authorities would affect goodwill towards police in the community.

Mr Scipione has been one of the most vocal of Australia’s police commissioners pursuing data retention laws that would require internet service providers and telcos to collect and identify who is involved in communications on their networks and store information about their customers’ internet habits in order to help identify potential security risks.   They would be required to keep the information to be made available for interception warrants for at least two years.

Law enforcement officers, including Australian Federal Police Assistant Commissioner Tim Morris has remained vocal about the need to introduce data retention laws and the proposed legislative amendments have been referred to a Senate committee as part of a sweeping review of telecommunications interception laws.

Some recent examples of what other countries are doing regarding piracy and illegal internet usage:

Britain – July 11th 2014 – All internet providers and telcos operating in Britain will be forced to store information on their customers’ activities for twelve months at a time, under a proposed new law that is being backed by all major parties in the UK Parliament.  The Data Retention and Investigation Powers Bill was introduced overnight under emergency provisions by the Conservative and Liberal Democrat government, and looks to provide UK authorities with expanded powers to intercept all types of communications.
Under the new law so-called Communications Service Providers (CSJs) must retain communications data for law enforcement purposes for up to twelve months. Any company providing communication services to customers in the United Kingdom is obliged to comply with requests for communications data and interception warrants issued by the Secretary of State, irrespective of the location of the company providing the service.

Belgium – May 7th 2014 –  The Belgian Anti-Piracy Foundation (BAF) demanded tens of thousands of euros from six men who shared copyrighted material on two local file-sharing sites.  Among them was a 39-year old bus driver who pirated several Disney movies such as Bambi, Sleeping Beauty, 101 Dalmatians and The Lion King.  The man reportedly shared the films to entertain his three kids, and wasn’t aware of any wrongdoing.   He risks a fine of 37,714 euros ($52,550) for sharing movies, music and games on a forum.  He didn’t think he had done anything wrong as many of these children’s films are available on YouTube.  Another member of the same file-sharing forum shared even more files than the dad and he risks damages totalling 60,000 euros ($83,600). “I did it because it was cheaper than buying a CD or DVD,” the man said in a comment.

Although you, the accommodation provider are not an ISP, your internet connection into your complex is in your name, therefore you are obligated to show due diligence and ensure that you can identify who is using your guest wifi otherwise your ISP (Telstra, Optus, etc) may issue you with a warning that your service may be disconnected if illegal activity has occurred.  The key is to be able to prove it wasn’t you.

Ensure that your guest wifi system or Internet Management System has the ability of data retention if required.  Avoid using generic passwords for your guests – you need a unique username and password for each guest or room.  Don’t let guests have unlimited data uploads and downloads.  This opens the door for them to easily stream or share illegal content.  Limit your free data.  Give them unlimited data, but in 500Mb or 1Gb increments.  This helps decrease their ability to stream and share.

These laws will definitely be passed at some stage in the future, so ensure that when investing in guest wifi you are protecting yourself and your business.